maps4cim is a map generator for the traffic simulation game Cities in Motion 2, which creates maps based on real parts of the world.

The required source data for relief and inscriptions can be downloaded on demand from free data sources. The elevations are directly integrated in the resulting map, all further data (roads, forests, rivers, buildings, ...) are painted on the ground texture, so they can be recreated in the map editor.

You can get the latest binary release from one of the following mirrors:

Apart from that, a test version of maps4cim will be available soon, which will be updated more frequently and contain the latest features, but might not be as stable as the major releases.

If you want to remove all user data that was stored by maps4cim, open maps4cim's settings (menu Tools → Settings) and hit the Uninstall-Button.

Launch maps4cim. You will be presented with the main window which looks like this:

First, make yourself familiar with the map; navigation works like any other map service on the web. Right click on the map to select a location.

You may use the settings panel on the right to adjust you configuration, but for now, just leave everything as is and hit the Render-Button on the bottom right. Select a location on your hard drive and off we go!

maps4cim will download all required source data on the fly and the map will be rendered for you. After 1-2 minutes, the flashing progress bar turns solid green and your map is ready. Move your map to C:\Users\MYNAME\AppData\LocalLow\Colossal Order\Cities in Motion 2\Maps (Windows) or /Users/MYNAME/Library/Application Support/Colossal Order/ (Mac) and start Cities in Motion 2. You can now edit your map in the map editor. 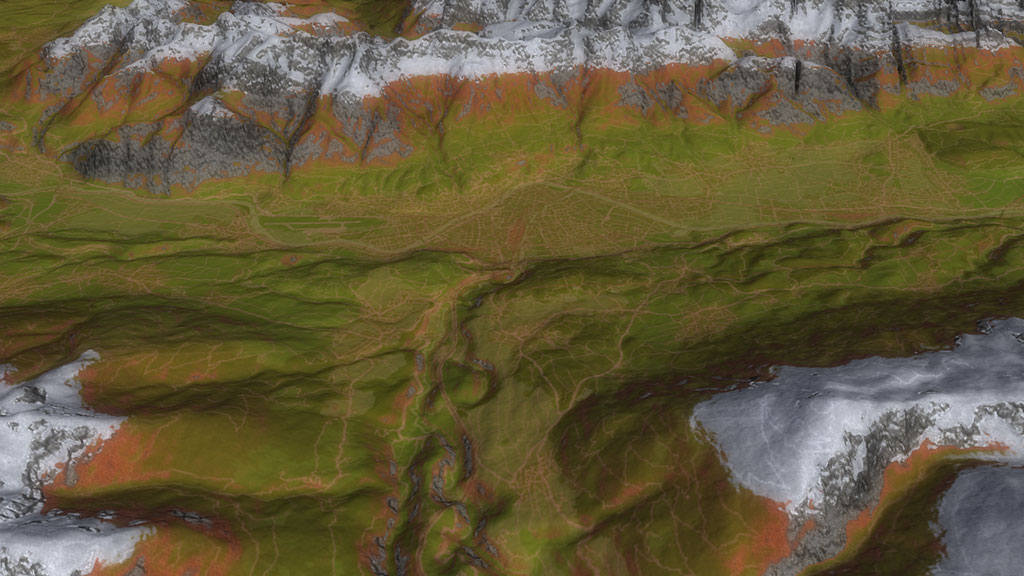 Screenshot: View from the Brenner Pass on Innsbruck, map rendered in Cities in Motion 2, as generated by maps4cim.

There are a lot more features to explore, just have a look around. For more information on how to use maps4cim, use the built-in documentation and visit the forums (see links below). Have fun :)

Please note that this is still an early source code release, with important parts of the code in an undocumented and sometimes rather dirty state, but it should be well enough to work with.

If you want to contribute new features, don't hesitate to do so! Fork the project and write your code, and if you like what you've done and think it may be useful for others, create a pull request.

For some hints on how to work with the code, see Deveopers.md. More documentation can be found in the docs folder.

for the full changelog, see CHANGELOG.md

maps4cim is free software, distributed under the terms of the Apache License, Version 2.0.